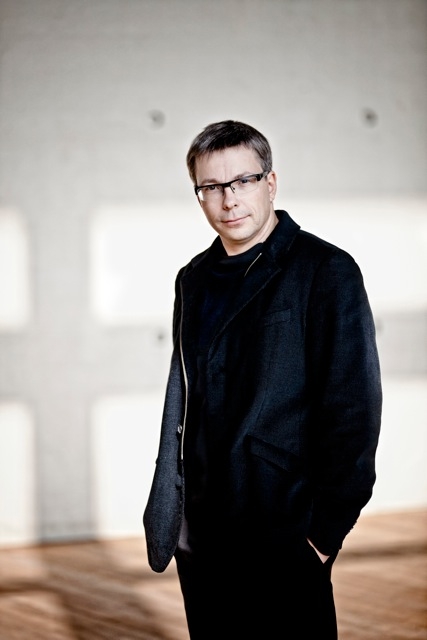 Artistic Advisor of the Kymi Sinfonietta

The Kymi Sinfonietta has appointed conductor Olari Elts as its Artistic Advisor as of January 1, 2018. The agreement is for three years with a further option. Olari Elts is an internationally esteemed, versatile conductor active in various genres of the arts and known for his innovative programming.


Olari Elts first guest conducted the Kymi Sinfonietta in 2000, and the collaboration has continued ever since. As Artistic Advisor, he will be responsible for the orchestra’s artistic direction and conduct at least four concert productions a year.

Says Olari Elts of his appointment: “The Kymi Sinfonietta is an orchestra with which I have one of the longest histories. Every time, it gives me a very warm feeling to come back and to make music with these fantastic musicians, always out of the comfort zone and with a wish to reach higher. I am more than happy to go on with this group of musicians on a more regular basis, so that we can dig deeper into the classical era and also make our footprint a bit bigger in the field of 21st-century music.”

The Kymi Sinfonietta is thrilled with the new partnership. Kymi Sinfonietta’s Managing Director Riikka Luostarinen reports: “Olari Elts has always been an extremely welcome guest conductor for us. His immediate and invigorating way of making music of a high standard has been most inspiring for players and audiences alike.”

The career of Estonian Olari Elts took a sharp upward curve after he won the first prize in the International Jorma Panula Conducting Competition in 1999 and the International Jean Sibelius Conductors’ Competition in 2000. He was Principal Conductor of the Latvian National Symphony Orchestra 2001–2006 and Artistic Advisor of the Orchestre de Bretagne 2006–2012. In 2007, he was appointed Principal Guest Conductor of both the Scottish Chamber Orchestra and the Estonian National Symphony Orchestra, a post he still holds with the latter. From 2011 to 2014, he was Principal Guest Conductor of the Helsinki Philharmonic Orchestra.

Olari Elts has collaborated with many orchestras worldwide, among them the Finnish Radio Symphony Orchestra, the Yomiuri Symphony, the Dresden Symphony, the City of Birmingham Symphony, the SWR Stuttgart, the Lucerne and Toulouse Symphonies, the Ensemble Modern and the Cincinnati Symphony; it was with the last of these that he made his US debut. He also makes regular guest appearances in Australia and New Zealand, with the Melbourne, Adelaide, Western Australian, New Zealand and other symphony orchestras.

For years, Olari Elts has worked in close partnership with, among others, Erkki-Sven Tüür, recording several of the Estonian composer’s works on the Ondine label, most recently with the Tapiola Sinfonietta. His project recording works by another Estonian, Heino Eller, continues with the Estonian National Symphony Orchestra, and his disc of Brahms arrangements with the Helsinki Philharmonic (2016) has won glowing reviews.

Olari Elts is the founder and Artistic Director of the NYYD contemporary music ensemble. He has a phenomenal ability to create imaginative, stimulating concert programmes. He has also carried out major projects involving various musical and other artistic genres, such as theatre.

Officially formed in 1999, the Kymi Sinfonietta is a dynamic ensemble operating in two Finnish cities, Kotka and Kouvola. Its broad, highly-acclaimed repertoire, its first-rate quality and concerts performed with burning passion and top international artists have won the Kymi Sinfonietta a devoted following. It has also won recognition in the international arena and regularly collaborates with the celebrated State Choir Latvija and the St. Petersburg Philharmonic. It has further gained international visibility as the orchestra premiering the broadcast finals works in the International Uuno Klami Composition Competition in 2004, 2009 and 2014.